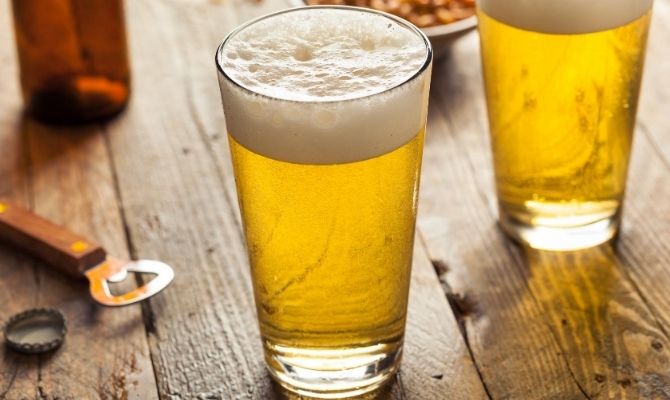 Wonderful, delicious beer—is there anything you can’t do? For centuries, man has brewed beer and enjoyed drinking it. Debate rages on whether or not people accidentally stumbled upon fermentation and brewing. Leave that to the historians and academics; the rest of the world will enjoy the wonderful elixir to the fullest. There are so many different varieties of beer that it’s hard to know which is best. It comes down to personal preference, but some varieties outshine the others. Here we present the most popular American beer styles, in no particular order.

Blondes are a style of beer that falls somewhere in between cream ales and Kolsch style. This newer style originated as a lighter version of pale ales. It’s a lighter version of pale ale, and microbreweries are credited with its creation in America, but Belgium and France have been making it for centuries. This kind of beer is characterized by malty sweetness, toasty aromas, a medium body, and low hop.

Cream ale is a hybrid beer style that started during the pre-Prohibition days. This light and easy drinking beer is fermented at lower temperatures with ale and lager yeasts. It was invented to compete with the rival gold lagers that German immigrants were making at the time. Sometimes cream ale is blended with lagers and aged at cooler temperatures. Despite the name “cream,” no dairy products are used in the making of it. The name is due to the cloudy color of the beer.

American barley wine is a surprising entry on the list due to its obscurity. Most people mistake it for a stout because of its similarities to the black nectar. Barley wines have bold flavors and a strong, malty finish. Unlike the British version, American style has more assertive hoppy flavors.

Lager is far and away the most popular American beer style and the most popular in the world overall. More people drink lager than any other kind of beer. You may have heard of some of the most popular brands—Budweiser, Miller, and Coors. All are American lagers and among the top-selling brands in the world. Lagers are known for their golden color, high carbonation, and crisp flavor. They have a lower alcohol content than other beer styles, but they make up for that in drinkability.