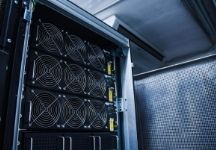 An uninterruptable power supply system has never been more crucial for various industries to have in place given our reliance on technology. For a UPS system to be as effective as possible, there needs to be an awareness of the potential problems that may arise with it. Here are the most common causes of UPS failure that you should know about.

Batteries are often the most common cause of UPS failure and can be detrimental due to how instrumental it is to the system. Battery failure doesn’t necessarily happen due to age either, which is why it should be a part of any preventative maintenance for a UPS system so problems can be detected beforehand.

A faulty capacitor is another reason why a UPS system might fail. A capacitor is responsible for storing and releasing electrical energy, and they usually need to be replaced every five to seven years. A UPS system tends to have several capacitors in place, which makes it even more important to inspect regularly.

Fans are another important component of the UPS system because they prevent overheating. Fans tend to fail over time and can vary in terms of how well they can perform, with some lasting up to 10 years. Look for dried-out ball bearings or any electrical and mechanical limitations to prevent fan failure and further UPS issues.

Another reason why a UPS system might overheat is due to dust or other debris that blocks the air filters. That’s why it’s worth keeping tabs on air filters by checking them at least once a month. In addition to filters, contractors are also prone to failure because of dust, which is why they should be cleaned regularly as well.

Inspection is the best way to prevent these issues, but it can only be effective if operators are properly trained and know what to look for in UPS systems.