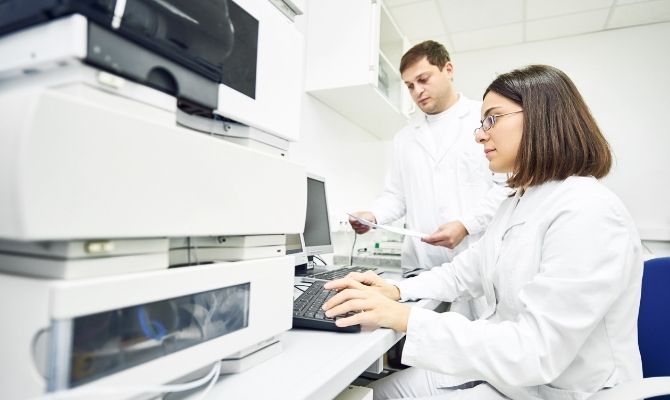 Whether you work in a laboratory, are a student studying in a scientific field, or you’re merely interested in the topic, you’ve likely heard of chromatography. Although there are dozens of different chromatography methods, one that’s been gaining the attention of scientists is ion chromatography. If you’re searching for the applications of ion chromatography, we’ve got you covered; read on to learn more.

Ion chromatography has probably seen the most use in environmental applications—specifically in water analysis. With the aid of ion chromatography, lab technicians can detect contaminants and various anions and cations in both drinking water and freshwater. In addition to detection, ion chromatography is suitable for monitoring changes in chlorine, fluoride, nitrates, and bromide.

Considering the way ion-exchange chromatography works in water analysis, it’s not surprising that it’s also suitable for food and beverage analysis. Ion chromatography is especially helpful in detecting various acids including lactic and citric. Additionally, labs frequently use ion-exchange chromatography to detect sugars including fructose, lactose, and glucose. These experiments are typically on-going for developed products. In other words, the FDA may require a major company or brand to send samples to labs for examination. After analysis, the lab can submit their findings and data to both the company and FDA that show the product’s sugars, proteins, acids, and so on.

Nearly all chromatography methods have an application in the pharmaceutical industry, but ion-exchange detects anions and cations better than any other method. In fact, ion chromatography is helpful for testing an existing drug in addition to drug development. Pharmaceutical companies will regularly submit their samples to third-party labs for unbiased analysis. Then the lab tests the drug for contaminants and active ingredients to determine the drug’s integrity and safety.

While we broke down three of the applications of ion chromatography, there are dozens of other applications when you consider how labs truly operate. In the majority of analysis, labs will combine ion chromatography with other methods including gas, liquid, and high-performance liquid chromatography. By using other analytical instruments, labs can provide more accurate insight and data to companies and agencies.