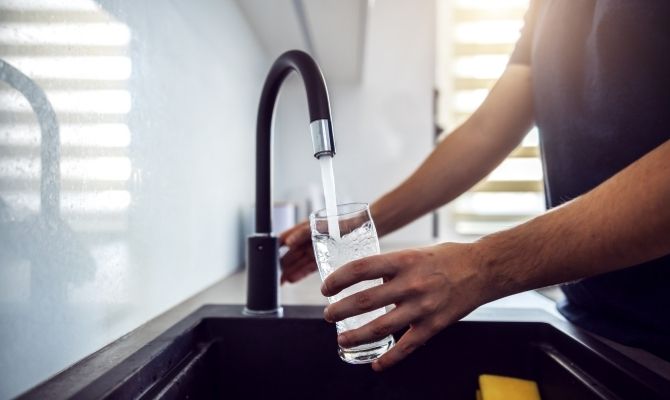 There have been some spectacular failures with municipal water systems, with the toxic waters of Flint, Michigan, topping the list of recent disasters. Communities in areas where fracking, drilling, and mining release methane have also found to their shock that their tap water was flammable. Great Lakes communities have experienced unacceptable levels of bacteria such as cryptosporidium and E. coli. However, these are extreme examples—most cities have reliable water treatment plants. Generally, supplies of drinking water in the United States have proven to be some of the safest in the world. Public water systems treat water using several steps and methods to ensure the water is clean enough to drink. Learn how municipal water purification systems work.

Steps in the Water Purification Process

Most municipal systems get their water from surface sources such as lakes and rivers. Surface water can contain more pollutants and sediment than groundwater. Groundwater undergoes a kind of natural filtration as it sinks through the earth, but it must still be decontaminated before it can be declared potable. The steps of water purification typically include the following.

The treatment plant adds a positively charged chemical to the water, which neutralizes the negatively charged particles in dirt and other contaminants, causing them to coagulate and form bigger particles called floc.

The water containing the floc particles is poured into a sedimentation tank, where the now-larger particles of coagulated contaminants settle to the bottom.

The clearer water at the top of the sedimentation tank or chamber passes through a filter—often composed of sand and charcoal—or membranes with various-size pores. This removes smaller remaining dissolved particles, such as parasites, viruses, bacteria, and residual chemical pollutants.

Most treatment plants add chlorine to kill any remaining pathogens and to maintain the quality of the water as it travels from the plant through municipal mains and to household connections. Chlorine can react with organic compounds to create carcinogenic byproducts. That’s why it’s added at the last stage, after organic contaminants have been filtered out. Chlorine levels in water are strictly regulated and monitored for safety.

Besides chlorine, other methods of disinfection include using ozone gas or ultraviolet light. The light scrambles bacteria’s DNA, rendering them unable to reproduce. Unlike chlorine, however, ultraviolet light disinfection doesn’t protect from additional contamination that could occur as the water travels from the plant through water mains and service pipes.

Water in the Home

Despite all the municipal water treatment measures taken to ensure purity, water can become contaminated after it leaves the treatment plant. Broken or corroded pipes can introduce contaminants. If water sits for a long time in pipe or if the pressure drops significantly, it can take on more sediment and metals from within the pipes. Therefore, it’s still important to monitor the water in your home and to be alert for indicators of possible water contamination.