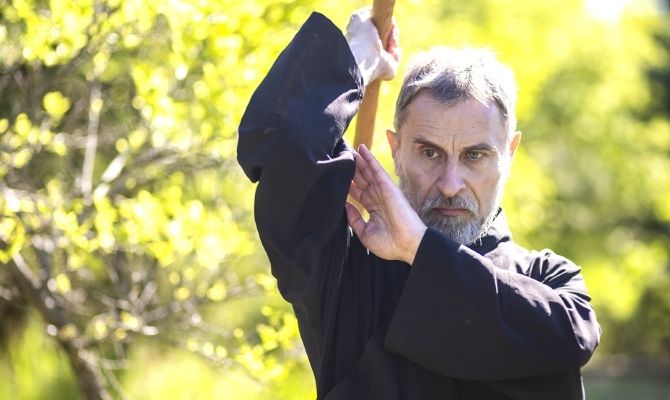 Many martial arts from around the world have made their way to Western society. Karate, hapkido, kung-fu, judo, and many more are generally very recognizable. But what about the ones you rarely hear of? Several martial arts have yet to make it into our mainstream media, but that doesn’t mean you can’t learn about them. Here, we will look at some of the martial arts you didn’t know existed.

Founded by the Hausa people, this martial art originated centuries ago in Nigeria. Dambe originally included an element of wrestling, but modern versions have turned away from that aspect and transformed it into a mostly standing, striking art. Dambe matches consist of only three rounds; however, these rounds are untimed. A referee must determine a round’s time, which is usually based on if a competitor is knocked down or if a competitor or official calls for a halt. Traditionally, the only gear used is a length of rope wrapped around the dominant arm.

Dambe is not well-known or commonly practiced in the U.S. This may have to do with the martial art’s lack of safety, but it’s important to note that the sport is very specific to the culture in which it originated.

Okichitaw is a much more recent martial art created by Indigenous Canadian martial artist and historian George J. Lepine. Lepine is an accomplished martial artist with a sixth-degree black belt in tae kwon do, a fourth-degree black belt in hapkido, a black belt in taekeukdo, and a brown belt in judo. He decided to combine his cultural and historical knowledge with his martial arts experience to create a system based on the combative techniques of the Palin Cree Native Americans. The technique involves learning counters to the opponent’s force and ending the match as quickly as possible.

This Russian martial art is based on techniques created as far back as the tenth century by the Cossacks. It was later used by the KGB, the Russian Special Forces, and the Spetsanz. The art is intended for hand-to-hand combat and self-defense, but you can use it for sparring and to perfect your body with a new physical craft.

Also known as the American Cane System, this traditional martial arts style was founded by Grandmaster Mark R. Shuey, Sr. The art is one of the most unique martial arts you didn’t know existed. This martial art derives mostly from hapkido and uses a walking cane for blocks, strikes, kata, and self-defense. This is a great art for your own physical fitness, and its uniqueness can also make it an extremely fun hobby. Students of this art can begin working with training canes and then move up to standard canes, just as one progresses with any other traditional martial art. It also involves testing and certifications from adult black belt masters.