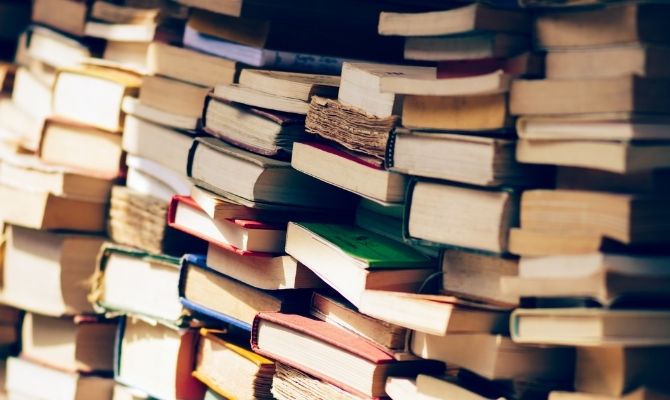 You probably read more books than you can recall in high school. And back then, as soon as the test was in the rear-view mirror, you probably didn’t recall much soon after, either.

The problem with reading the classics of American and English literature in school is that they become something you have to read, not something you want to read. It can be hard to appreciate the beauty of the prose and the deeper layers of the text when all you’re concerned with is remembering names, facts, and a list of literary devices. But now that you don’t have a test to take, why not revisit the classics at your own pace? Trade the Cliff’s Notes for your own critical thinking and make the most of these classic books you should re-read in adulthood.

Arguably the first Great American Novel, Mark Twain’s masterpiece is the first great book to have captured the voice of the everyday American. Counterintuitively, Twain’s written use of dialect may have made reading the book more difficult than it should have been. Have you considered revisiting this in an audiobook format?

With so many editions of the Bible to choose from, you may have never acquainted yourself with the original English translation, the one whose turns of phrase have endured for over four hundred years. Studying the King James Bible both as scripture and as literature can help you better understand the human condition and the world around us in a way few other books can.

Marrying the interpersonal family dramas of Victorian literature with hints of the supernatural, Emily Bronte’s Wuthering Heights is one of the most influential novels of the 19th century. But in the rush to fit as much English literature into your senior year, you may have missed out on the ways it has influenced so much Gothic fiction to this day.

Ray Bradbury’s cautionary tale of censorship may feel particularly relevant today. Take note of how prescient his descriptions of technology and television were: Bradbury anticipated reality television, screens the size of entire walls, and an addiction to technology that so many of us suffer from today.

To Kill a Mockingbird

An old standby of high school reading lists, Harper Lee’s classic story of racial injustice in the 1930s South demands another reading. After you’ve finished revisiting the original, move ahead to the recently published Go Set a Watchman, a first draft of Mockingbird that had gone unpublished for years—a new spin on approaching the classic books you should re-read.