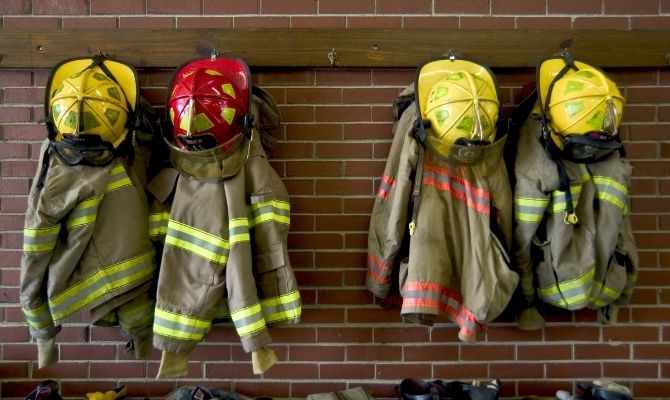 Personal protective equipment has been utilized for centuries, with first responders even prioritizing PPE as a part of their uniform. Of the first responder careers, fire services have revolutionized firefighting helmets to properly shield workers from embers, flames, and falling objects. Revisit the history of the American fire helmet to understand just how far helmet enhancements have come.

Before proper helmets were available, there was the “stovepipe.” This cap’s structure served little to no protective function for firefighters. It was a leather top hat painted to indicate association with the fire department. The hat was used to identify firefighters rather than protect them.

In the early 1800s, a new fire helmet was introduced by volunteer firefighter Henry Gratacap. Gratacap’s paying occupation was as a luggage maker. The leathersmith strived to make a helmet for first responders that was more comfortable and functional than the stovepipe helmet.

Gratacap honed the helmet’s durability. Stitching eight leather segments together, the New York volunteer firefighter created a fire helmet with great strength and structure. He named the protective headgear “The New Yorker” as an homage to his native state and its people.

The New Yorker was comprised of eight segments around the dome of the helmet. It had a bill that was elongated in the back. The purpose of what was known as the duckbill or beavertail was to prevent water and cinders from running down firefighters’ backs. The helmets were often worn backward so firefighters could protect their faces and shield precipitation.

Modern composite designs of the New Yorker continue to prioritize durability and the original helmet’s composition. Being the first official helmet adopted by the New York City Fire Department, Gratacap’s helmet is an integral part of the history of the American fire helmet.

Nowadays, fire helmets are made of durable thermoplastic and complex materials. Developments in thermal technology have made modern structural helmets sleek and lightweight while maintaining their traditional appearance.

Fire services across the United States have adopted these modern composite helmets for their efficacy. The enhanced design enables firefighters to attach face shields and promotes their safety when at the site of an emergency. With the help of ever-advancing technology, fire departments have implemented additional products and software to make fire services safer and fire prevention possible.