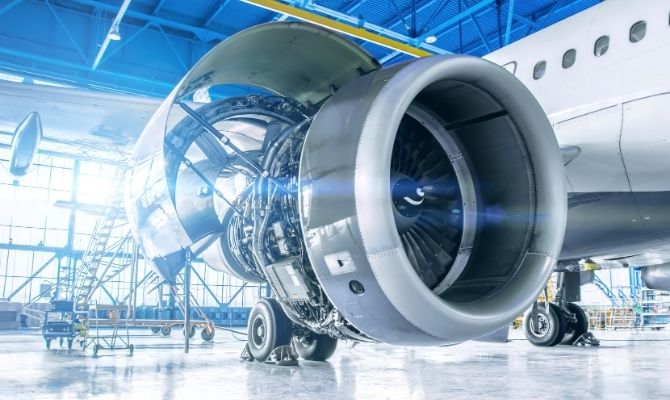 Aircraft and automobiles alike are marvels of human engineering. However, these two modes of transportation are not as similar as many people think. While both contain combustion engines with similar components and structures, they are made to perform very differently. To name just a few, the differences between automotive and aircraft engines include performance, heat regulation, and lifespan.

The primary difference between cars and planes is the power ratios. Automobiles run at a tenth of the engine’s potential power for long and frequent periods. Also, they are able to transition rapidly between high and low power output to deliver versatile handling needed to navigate obstacles. Airplanes, on the other hand, generally run very close to max power every time they fly. However, this power is produced with low RPMs to reduce overheating and wear. All the same, aircraft aren’t built to withstand the endurance tests cars routinely go through. Additionally, planes lack the ability to torque up and down in power and instead maintain an even-keeled output when functioning well.

Heating is a major issue with combustion engines. In land-bound machines, there are many ways to solve the issue of engine temperature. After all, new solutions can be added and tested without much concern. With aircraft, there is much less room for experimentation. Every plane must meet certain weight and drag expectations or it won’t fly efficiently. Ground vehicles typically use heavier workarounds, such as liquid cooling, which is not an option aloft. Instead, airplanes rely on momentum and airflow which is channeled through the combustion elements to both oxygenate and cool directly. The result is a solution independent of parts auxiliary to base operation.

One of the most interesting differences between automotive and aircraft engines is maintenance expectations and lifespan. Vehicles frequent repair shops for all manner of upkeep routines. Some of this maintenance can even be casually undertaken by the enthusiastic car hobbyist looking to save money or improve performance. Conversely, airplanes only get professional attention around once a year. Licensed professionals will perform these inspections and will carefully investigate wear spots.

Cars can go thousands of miles every year and run every single day. Planes, on the other hand, only run a few times a year in brief bursts. The high-power nature of these engines causes a lot of stress, but the minimum run time ensures aircraft are never under extreme duress. Mechanics probe for carbon buildup and other blockages and failures that can put more stress on an aircraft. On the other hand, automobiles can run with less detailed maintenance and generally last a long time without ever seeing a manufacturer-certified professional.