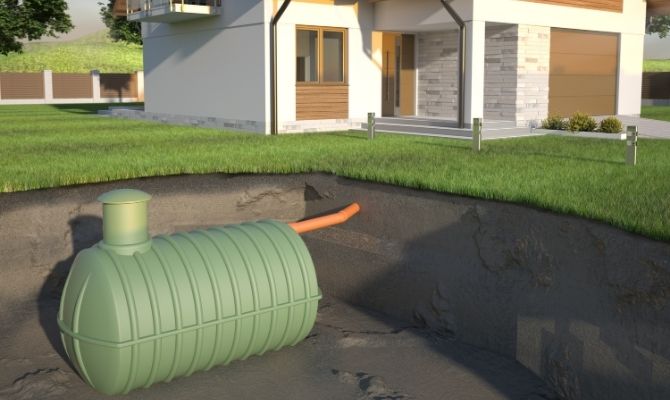 There are a lot of potential problems one can run into when owning a piece of land. One problem that doesn’t cross a lot of people’s minds is the presence of an underground storage tank. These outdated systems used to hold fuel or some other substance in a large tank below the earth, and they can be a problem if left alone for too long. We’ll show you how to identify an underground storage tank on your property, so you can get it taken care of quickly.

Most likely the surest way to identify if you have an underground storage tank is to use ground-penetrating radar. These radars pierce through dirt and stone and map out whatever is beneath them. You can easily find out if you have an underground storage tank with one of these by searching for large empty areas beneath the ground. If you want it done quickly, a radar can help you find it faster than any other method.

If your home has a basement and an underground storage tank, it’s very likely the remnants of the pipes used in the system are still there. If they aren’t immediately obvious, you need to look a little closer at your surroundings. One thing to look closely for is new patches of concrete around your boiler or on the walls of your basement. These patches could indicate where pipes from a tank could have snaked through your home.

Looking out at your yard, do you notice anything strange about the way it’s laid out? Maybe you notice that there is a noticeable depression in one specific area. This is a clear sign of something going on beneath the surface—likely an underground storage tank. When workers installed the tanks, they moved a lot of earth out of the way and put it back after placing the tank. A proper storage tank removal professional will be able to restore your yard once the tank is gone.

In addition to piping in your basement, there could also be pipes sprouting up from your yard. Previous owners used these pipes to gain access to their storage tanks. You need to be diligent in order to find them, however. Many of these pipes that stick out of the ground are hidden behind foliage or are far from the house proper.