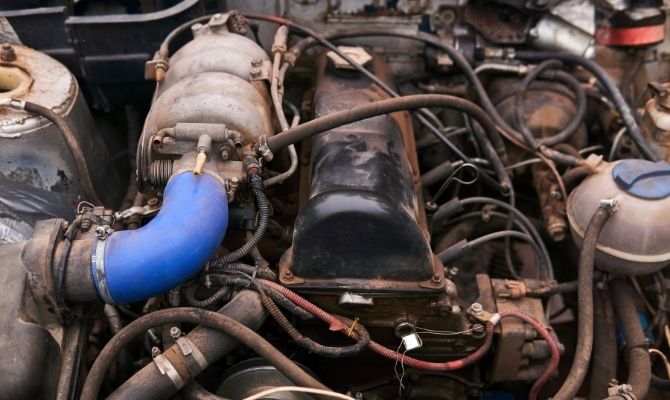 If you’ve been thinking about outfitting your vehicle with a new engine, consider a remanufactured engine. Not sure what a remann is or what the benefits of remanufactured engines are? Here’s what you need to know about this unique, powerful, and eco-friendly solution.

What Does “Remanufactured” Mean?

Despite what the name might cause you to think, a remanufactured engine isn’t the same as a rebuilt engine or a refurbished one. It’s not “old.” In fact, refurbished engines are the closest thing you can get to brand-new without spending big.

A remanufactured engine is an engine with exterior and housing components that people have inspected, refinished, and reused. The internal parts of the engine, on the other hand, are replacements.

Think of refurbished engines like a home that underwent a complete interior renovation and had the siding refinished by an expert repairman and a talented painter. The interior is the only part that’s actually “new”, but the exterior is so well done that you might as well call it new anyway.

Not interested in splurging on an entire engine? You can find individual components as well. Need to replace an ancient turbocharger? Don’t just repair it—replace it with a remanufactured one. What about your worn-down fuel injectors? You can get those remanufactured, too.

The Benefits of Remanufactured Engines

There are plenty of benefits to remanufactured engines. Here are just a few:

Wish you could get more bang for your buck at the gas station and travel longer without needing to refuel? Refurbished engines provide the same excellent fuel economy as new engines for a significantly lower cost.

Better for the Environment

Are you an eco-conscious individual? Remanufactured engines are better for the environment than new engines because they take less energy and labor to manufacture. They’re also greener than old engines since they produce fewer emissions.

A remanufactured engine will last just as long as a brand-new one. Don’t want to replace the engine again any time soon? Cross used and rebuilt engines off your list and opt for a remann instead.