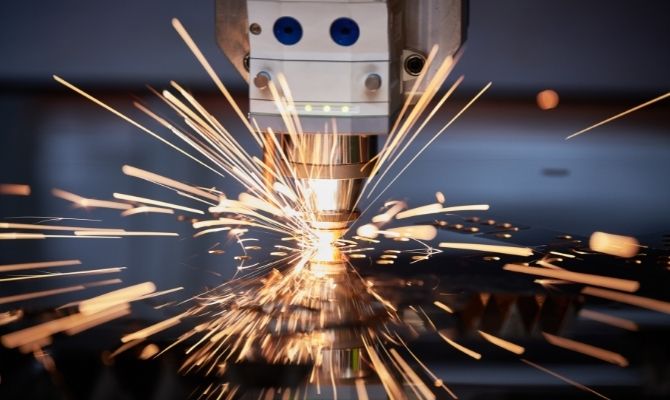 Lasers are captivating creations that play with light and mold the world around us. Entertainment, industry, business—lasers are pretty much everywhere, but most of us don’t understand one thing about them. Ahead, learn about the essentials to how lasers work.

What Is a Laser?

Though we talk about lasers as if they’re an entity in their own right, LASER actually stands for “light amplification by stimulated emission of radiation.” Lasers involve the electrons in atoms of crystals and gases. These electrons produce light that bounces back and forth in varying strengths to create the lasers we see.

How Do Lasers Work?

When an electrical charge stimulates an atom’s electrons, it causes the electrons to move in new ways that give off photons, or particles of light. These photons become a coherent stream of light that we see as a laser. The electrons emit photons at a singular wavelength in a singular direction. This beam then passes through a set of two mirrors. One mirror is fully reflective while the other is half-silvered, allowing some light to pass through and bouncing some of it back. This allows more laser light to move back and forth, energizing more electrons to radiate photons.

What Can Lasers Do?

From microchips to CD players—lasers are all around us. In day-to-day life, weaker lasers will power computers and play our favorite movies from prerecorded discs. However, lasers exist in many classifications based on strength and material type. In fact, you can find laser cutting, marking, and engraving technology in industrial settings. These machines can carve serial numbers on screws and cut acrylic business signage, among other things.

Knowing the essentials to how lasers work can open your eyes to the wonders of science around you. The next time you put a CD into your car or feel a perfectly engraved piece, you can thank lasers for their hard work.