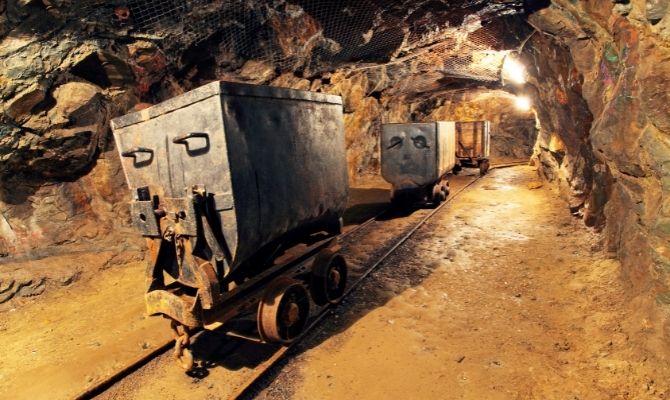 It’s easy to forget the societal significance of mining in our country and in the world. As one of the oldest known jobs in human history, mining has served civilizations for thousands of years and seen countless innovations. To learn more about this crucial form of labor, check out these interesting historical facts on the mining industry.

Mining Has Existed for Nearly 40,000 Years

Stone tools predate the existence of Homo sapiens, appearing around 2.6 million years ago—basically, the need for earth material collection is an age-old necessity. The closest resemblance to modern mining popped up about 20,000 to 40,000 years ago as civilizations began replacing nomadic ways of life. The true mining industry was created approximately 7,000 to 10,000 years ago as society became more advanced. Ancient miners dug for copper, silver, and gold, which were used to create tools, art, and currency. Fire was used to convert the raw metals into significant objects, and the process of smelting was born. This method was primarily used by ancient Sumerians and Egyptians around 6,000 years ago, and it continued to advance worldwide.

Mining Was Advanced Even During the Middle Ages

As mining became a crucial industry worldwide in countless civilizations, innovations in excavation and production methods began to appear. During the Middle Ages in China, the invention of black powder introduced the world to explosives, which revolutionized the ability to excavate mines more efficiently. Eventually, dynamite replaced black powder and was used to blow up sizable rocks to pursue raw earth materials. This ancient innovation directly affected the Western Industrial Revolution, leading to the creation of drilling technology.

There Were Multiple Gold Rushes

Flash-forward to the humble beginnings of the United States, when we see how mining eventually made our country a world power. Most people are familiar with the California Gold Rush, which furthered western expansion by bringing nearly 300,000 citizens to the Golden State to pursue riches and career opportunities. However, there are other gold rushes in our history worth mentioning. The Pike’s Peak Gold Rush in Colorado occurred in 1858, bringing a sizable population to the Rocky Mountains—silver veins were discovered there just one year after the initial rush. From 1898 to 1911, Alaska’s Gold Rush led to the inclusion of the 49th state and expanded our country to new corners of the Earth.

There are countless interesting historical facts on the mining industry, but it’s vital to recognize that the field is constantly evolving. Laws are often passed that make working conditions safer for miners, and automation has created a wildly efficient industry that still supports the infrastructure of our society and of the world as a whole. It’s exciting to imagine where mining will be in just a few decades and how it will continue to aid the advancement of human civilization.