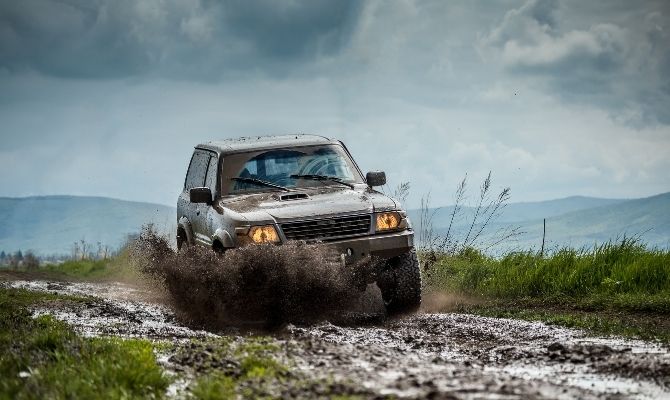 You can expect problems to happen occasionally when pushing your vehicle to its limits and confronting difficult terrains in the heart of nature. Off-roaders take risks to enjoy one of the most adrenaline-pumping outdoor sports. Fortunately, you can avoid many off-roading hazards. Here are the most common problems caused by off-roading!

Let us begin with the most obvious. Getting trapped is one of the most common problems that many off-roaders confront. When traveling on loose terrain like dirt, sand, or snow, your tires can easily dig into the ground, causing your vehicle to become stuck. Maintain a calm and steady speed to avoid becoming trapped in locations where there isn’t much traction. When crossing a mud pit, for example, you don’t want to stop because you won’t be able to restore your momentum on the slick terrain. You shouldn’t go too quickly either because speeding on loose terrain might cause your tires to skid and dig into the earth.

Tire damage is another common off-roading issue you may encounter on the trails. Off-roading over uneven or rugged terrain isn’t great for your tires, and it’s not uncommon for off-roaders to return with a popped or otherwise damaged tire in their trunk. As a result, it’s critical to be ready to change your tire if it blows. Always have a spare tire and a high-lift jack in your off-road recovery kit so that you can jack your vehicle up high enough to replace a damaged tire.

Misalignment is another difficulty that off-roaders face because of the uneven terrain they travel. The more time you spend on the trails, the more probable it is to happen. You put your vehicle’s suspension system to the ultimate test by bouncing over ruts, slopes, holes, ditches, and other uneven surfaces. As a result, it’s critical to check your vehicle’s alignment after each off-roading trip. Rapid and uneven tire wear, severe wobbling or vibration, and a tendency for your car to pull to the right or left when driving straight are all signs of a misaligned vehicle.

You’re ready to hit the trails now that you know how to prepare for some of the most prevalent off-roading issues. Just be sure that while you’re out there, you’re constantly checking your vehicle for the common off-roading-related problems!